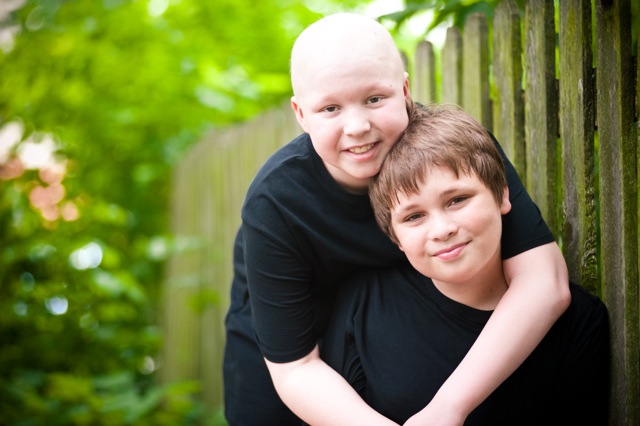 Reprinted with permission from a Dragonfly Mom:

“A few weeks ago, I met a woman who shared her story with me. Her younger brother was diagnosed with a brain tumor 35 years ago, when she was also a young child. He was treated with surgery and chemo and has survived. As she fought back her tears, her emotional scars were obvious. She tried to brush aside the difficulty and loneliness she endured as a sibling of a cancer patient, but she was clearly damaged by her experience, many, many years later. She didn’t sound bitter, rather just mourning the relationship that she didn’t have with her parents, due to her brother’s cancer. It broke my heart.

While our youngest daughter (4), who has cancer, is wrapping up treatment and doing great, I have often thought that her older sister, (currently 7, but 5 at diagnosis) has been most affected by the chaos of cancer. She was passed around like a bad penny during our long inpatient stays, and had her basic needs met, but she was clearly not our priority, and she knew it. We tried the best we could, but it was impossible to provide her the level of attention she would have normally received and that we longed to give. It resulted in some behavioral issues that escalated an already stressful situation. As a 5/6 year old, she expressed her hurt and frustration the only ways she knew how.

It’s so hard for the siblings. We as parents do the best we can, but it’s so important to recognize their needs too, even if we are unable to meet them. I didn’t post to compound our already insurmountable guilt as parents, but maybe as a gentle reminder that maybe there should be a ‘Childhood Cancer Sibling Awareness’ month. Hugs and love to all the siblings out there. You are special too.”