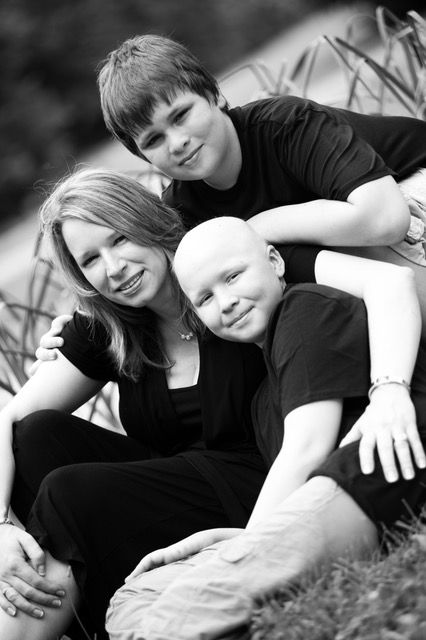 Christine Neitzke is an award-winning entrepreneur, marketer, and executive. An Ohio native and Miami University business graduate, Christine has put her skills in media relations, strategic planning, marketing, design, and events management to work in both the public and private sectors. Christine later tapped into her creative side by opening her own interior design practice, which maintained a thriving clientele of more than 30 private customers.


Like most, Christine and her husband Jim never thought their family would be affected by pediatric cancer. Unfortunately, in 2010, their 10-year-old son Matt was diagnosed with Hodgkin’s Lymphoma. Fortunately, Christine, Jim, Matt and Sam, who was 12 at the time, had the support of family, friends, and the community; many other inpatients/families were not as fortunate. Motivated by the lack of support some of Matt’s fellow pediatric cancer patients had in their lives, Christine, together with her best friend, created The Dragonfly Foundation. Today, Matt Neitzke is cancer-free and The Dragonfly Foundation has grown to support thousands and thousands.


Christine, a leading influencer in Cincinnati, OH, has been honored with multiple awards, including the Jefferson Award, Lead Magazine’s C-Suite Award, Venue Magazine’s Women of Influence and Civic Leadership Awards, and the Maureen Donnelly Courage Award.


Outside of her work at The Dragonfly Foundation, Christine enjoys spending time with her husband and their basset and bloodhound. She and her husband also relish every opportunity they have to visit their two boys at Miami University in Oxford, OH (Christine's alma mater).

Under Christine’s guidance, The Dragonfly Foundation has been recognized by Lead Magazine as recipient of the Emerging Business Award (2018), a finalist for the 2016 Business Awards in the Non-Profit Category by the Cincinnati USA Regional Chamber, Northern Kentucky Regional Chamber’s Emerging 30 (2015) Duke Energy Children’s Museum as a Difference Maker Award nominee in 2011, 2012, 2013, and 2014-2015.

The Dragonfly Foundation has created a committee of speakers and marketers to provide advocacy support.