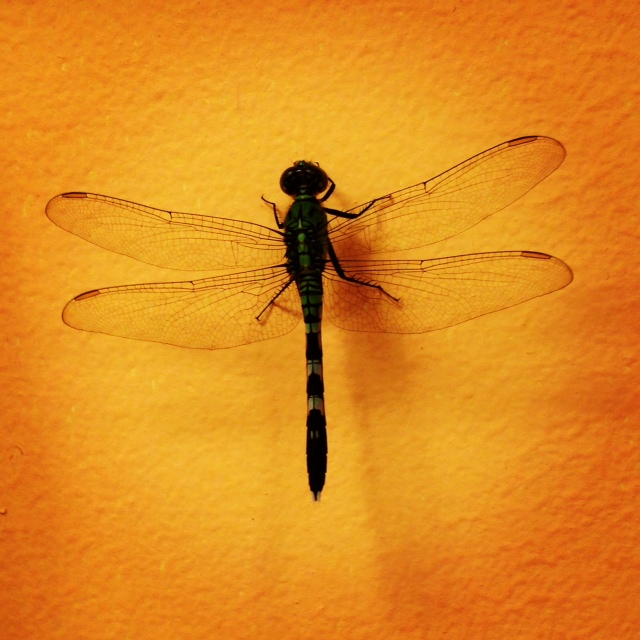 One of our supporters researched Dragonflies

February 4, 2014 at 7:54am
As many of you know I’ve always loved Dragonflies…Well I did a little reading and love what I found….now to put some of it to use and learn from it:

“Symbolisms of the Dragonfly:

*Maturity and a Depth of character*

The dragonfly, in almost every part of the world symbolizes change and change in the perspective of self realization; and the kind of change that has its source in mental and emotional maturity and the understanding of the deeper meaning of life.

The traditional association of Dragonflies with water also gives rise to this meaning to this amazing insect. The Dragonfly’s scurrying flight across water represents an act of going beyond what’s on the surface and looking into the deeper implications and aspects of life.

The dragonfly’s agile flight and its ability to move in all six directions exude a sense of power and poise – something that comes only with age and maturity.

The dragonfly can move at an amazing 45 miles an hour, hover like a helicopter fly backwards like a hummingbird, fly straight up, down and on either side. What is mind blowing is the fact that it can do this while flapping its wings a mere 30 times a minute while mosquitoes and houseflies need to flap their wings 600 and 1000 times a minute respectively.

The awe inspiring aspect is how the dragonfly accomplishes its objectives with utmost simplicity, effectiveness and well, if you look at proportions, with 20 times as much power in each of its wing strokes when compared to the other insects. The best part is that the dragonfly does it with elegance and grace that can be compared to a veteran ballet dancer. If this is not a brazen, lazy, overkill in terms of display of raw power, what is?

*Defeat of Self Created Illusions*

The dragonfly exhibits iridescence both on its wings as well as on its body. Iridescence is the property of an object to show itself in different colors depending on the angle and polarization of light falling on it.

This property is seen and believed as the end of one’s self created illusions and a clear vision into the realities of life. The magical property of iridescence is also associated with the discovery of one’s own abilities by unmasking the real self and removing the doubts one casts on his/her own sense of identity. This again indirectly means self discovery and removal of inhibitions.

*Focus on living ‘IN’ the moment*

The dragonfly normally lives most of its life as a nymph or an immature. It flies only for a fraction of its life and usually not more than a few months. This adult dragonfly does it all in these few months and leaves nothing to be desired. This style of life symbolizes and exemplifies the virtue of living IN the moment and living life to the fullest. By living in the moment you are aware of who you are, where you are, what you are doing, what you want, what you don’t and make informed choices on a moment-to-moment basis.

This ability lets you live your life without regrets like the great dragonfly.

*The opening of one’s eyes*

The eyes of the dragonfly are one of the most amazing and awe inspiring sights. Given almost 80% of the insect’s brain power is dedicated to its sight and the fact that it can see in all 360 degrees around it, it symbolizes the uninhibited vision of the mind and the ability to see beyond the limitations of the human self. It also in a manner of speaking symbolizes a man/woman’s rising from materialism to be able to see beyond the mundane into the vastness that is really our Universe, and our own minds.”