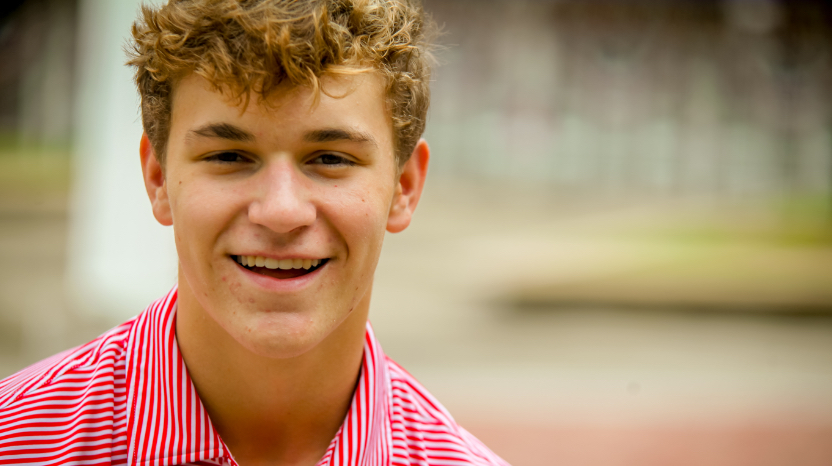 I went bald at the age of eight. Best mistake of my life.  As I stood in my parents’ bathroom, confused on what the sharp, intense-looking, red blade was on the rack of the shower was, I decided to test it by putting it in my hair. Five minutes later, I heard the screams of my mom as she looked at me in agony. To my concern, I would be bald in the next twenty-four hours.

When I finally came to the realization that I was going to be without hair for a while, I knew I had to do something about it. At a young age of eight, I came up with an idea on how to make the best of this time. I told my parents, “I look like a kid battling cancer”. After this conversation, ‘Run ‘Round the Neighborhood’ was founded. The concept year one was a small walk/run in my neighborhood (roughly a mile). We needed food, drinks, medals, etc., so I went to the streets and searched for sponsors. My grandma can recall the two of us walking into Dewey’s Pizza, where I then asked to speak with a manager. Months of hard work, dedication and love went into perfecting my young fundraiser for The Dragonfly Foundation. After all of our preparation, the September heat came, and it was finally time to raise some money for children fighting pediatric cancers and blood diseases. Year one was a success.

My parents asked me when we were drawing up the plans of ‘Run ‘Round the Neighborhood’ if I had a monetary goal – I said $300 – we raised over ten times that in just our first year.

At eight years old I got to see real challenges. No, the challenge was not me without my beautiful blonde hair. These battles I speak of were being fought by children who did not deserve this war they were in – pediatric cancer. I had the opportunity to visit with some of these kids, who were not promised tomorrow, yet lived out each day to the most. The crazy thing about life is that we are all not promised tomorrow, for we take life for granted. Human beings are known to sit back and relax in their perfect cocoons, until they are tested. While I am here on this planet, I want to live every second to the max, without any regrets.

Years passed by, and with the help of my family, we progressed our fundraiser. Up until 2018, when I was a freshman, ‘Run ‘Round the Neighborhood’ turned into a successful 5k called ‘Wing It’ where we raised over $45,000 in just six years for The Dragonfly Foundation. Throughout those six years, I had many experiences that changed me: being on TV and radio, learning how to speak in front of the public, but the greatest experience in those years was understanding how to cherish time that we have and to love one another more.

That mistake of me shaving my hair has made me into the man I was yesterday, the man I am today, and the man I will strive to be tomorrow. In a world surrounded by hate, we need to make this planet better; I promise to the children I saw fight their battle, I will win their war by making this world a more beautiful union.