Marty Brennaman, Hall of Fame Broadcast Announcer, has been a huge supporter of The Dragonfly Foundation since the night in 2012 when he shaved his head to fulfill a promise after a bet. That event, along with Marty’s 70th birthday and, later his retirement party in 2019, were celebrated at Great American Ball Park after Reds games. Both those events became viral on social media and were discussed broadly by sports fans and community members alike.

As Marty prepared to make his final call as a Reds on radio announcer on September 26, 2019, he sat down with Local 12’s Cammy Dierking for an exclusive one-on-one interview to talk more about his career and his love of the Reds, Cincinnati, and The Dragonfly Foundation. To watch the video, please click here. 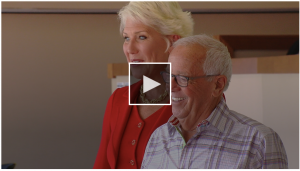