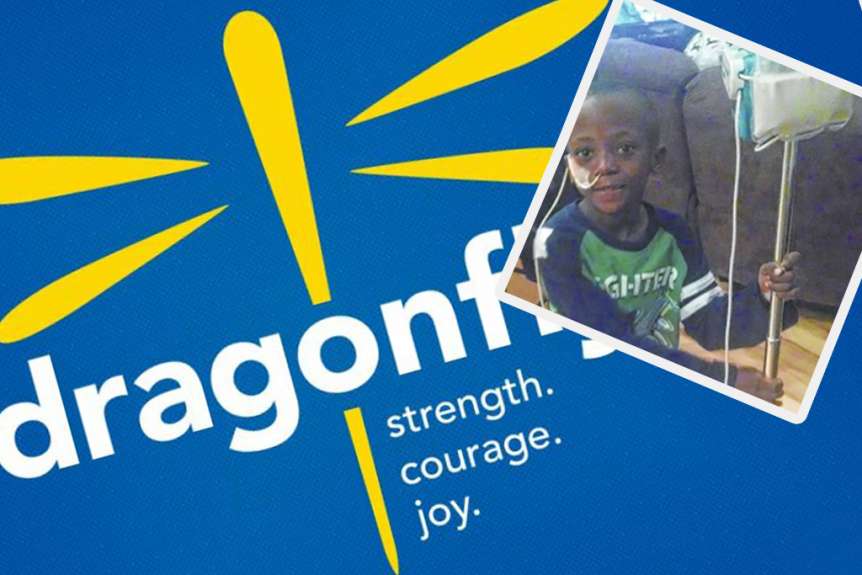 Jayden Hairston, 8, in remission from nephroblastoma

WILMINGTON – A local boy dressed up as Superman for Halloween. The next day he was in the hospital.

Jayden Hairston, now 8, was diagnosed with Wilms’ tumor, or nephroblastoma, in 2013. The tumor is a cancer of the kidneys that usually occurs in children 5 and younger. Jayden was 6 when he was diagnosed.

The diagnosis came out of nowhere, his mother, Johanne Hairston, said.

The day after Wilmington College’s Halloween party, Hairston said Jayden came to her and told her there was blood in his urine.

“My heart stopped,” she said.

Immediately, she called the pediatrician and scheduled an appointment.

“The doctor didn’t seem too concerned,” she said. “We thought it was just a urinary tract infection.”

Within the next hour, though, Jayden was in pain, so they went to the doctor.

When they arrived at the doctor’s office, Jayden gave the doctor a urine sample and then Hairston and Jayden were sent to Cincinnati Children’s just to be safe.

“I remember driving and still not thinking it’s anything crazy,” Hairston said.

While they were driving, Jayden said he had to go to the bathroom; she pulled to the side of the road.

Hairston said that was when she thought her son had a kidney stone.

When they got to Cincinnati Children’s, an ultrasound was done, standard practice when a child has blood in their urine, doctors said.

While the ultrasound was being done, Hairston said she and the technician were happily chatting.

“We’re just two moms talking about their kids,” she said.

When the technician left the room and then came back though, her demeanor changed, which instantly worried Hairston.

“She was all business,” she said. “I seriously think something is wrong now.”

Nurses came in and took Jayden so Hairston could talk to the doctor alone, and what she heard was not good news.

“(Doctors) always tell you the big medical term,” she said. “He said, ‘We found something in his kidney.’”

The doctor told Hairston it was a Wilms’ tumor. Once he told her it was a form of cancer, Hairston said she “couldn’t hear anything else he said.” Her ears were ringing and her world stopped turning.

“The only thing I can remember him saying was, ‘If it could be any kind of cancer your son could have, this would be the best cancer because the survival rate is 90 percent,’” she said. “But I’m still thinking cancer, (that) he’s going to die. I’m thinking the worst.”

After Hairston called her husband, Stacey, who was picking up their two other children from school, she had to figure out what the next steps were going to be for Jayden, since she could not get a second opinion or do research on the subject right then and there, she said.

“The most important thing you’re thinking (is), ‘I want to do anything I can to save my son. I don’t care what it is,’” she said.

Doctors told Hairston they were not 100 percent sure it was a Wilms’ tumor until they did surgery on Jayden’s kidneys.

“I had so many doctors coming to me and throwing terms at me,” she said.

Probably the toughest conversation she had that day though was with Jayden.

“I remember him telling me, ‘Mommy, did I do something?’” Hairston said. “That broke my heart.”

The next day Jayden went into surgery, where doctors removed Jayden’s kidney. They sent it off to determine what stage cancer he had and the waiting game started, she said.

“I kept praying for stage 2,” she said. “Even though the survival rate was still great (for stage 4), I’m thinking that’s less of a battle to do (at stage 2).”

Jayden was diagnosed with stage 2 Wilms’ tumor and doctors set him up to receive chemotherapy.

“I had no idea what chemotherapy consisted of,” Joanne said. “I didn’t know it was … an IV they put in. I was thinking (he) was going to be in a little bubble.”

Hairston said her son has muscle and bone pain. The pain was so severe that Jayden did not want to go to school.

His teacher, Ms. Evans, would call Hairston every day, telling her how much she missed Jayden in her class.

“I would tell him and say, ‘Ms. Evans really wants to see you. She misses you,’” Hairston said.

Jayden tried to go back to school, half days to start. Soon he was going to school almost all day.

By December, though, the pain was still there. Hairston said enough was enough and took Jayden back to the hospital to get checked up.

Doctors could not figure out what medicine to put Jayden on though; the heavy pain medicine they put him on did not seem to work and Jayden ended up losing 20 pounds.

The doctors finally found Jayden stronger medication and gave it to him; it knocked the 6-year-old out for 24 straight hours.

“After that, slowly, he wanted to go back to school,” she said.

Jayden did chemotherapy until April 2014 and now he is 16 months in remission, Hairston said.

While he is in remission, there is always a chance the cancer could come back, she said.

“This always stays in the back of our head,” she said.

To keep Jayden educated on what was happening to him, Hairston said she was honest with her son, who is the youngest child by 40 seconds, having one older brother and a twin sister.

“We’ve had so many conversations,” she said. “I always told him straight up what was going to happen.”

Hairston said her oldest son does not like to hear about the cancer potentially coming back, but she thinks Jayden is OK with knowing the cancer might not be gone forever.

Hairston said she was upfront with her son about his cancer, the treatments and the possibility of it returning because she believes parents shouldn’t keep secrets, especially about something as important as cancer.

“I’ve found out if I tell him way in advanced … he’s more accepting of (the treatment) when it comes,” she said. “(Kids) like to know what’s coming.”

While Jayden was in the hospital, the Dragonfly Foundation reached out to the family. The foundation left a bag with necessities like toothbrushes, toothpaste, deodorant and notepads, among other things.

“It had anything you could think of,” Hairston said.

Now the family helps promote the Dragonfly Foundation and what the organization does since they were helped in their time of need, she said.

“Anything now that has to do with kids and cancer we support,” she said.

The Hairston family even went to Kings Island in 2014 to help set the record for most heads shaved at one time, she said.

Hairston said she doesn’t know where her family would be in life without the support from the community.

“People just want to help you,” she said.

Hairston said strangers reached out to their family, donating food, handmade blankets, toys and many more things while Jayden was going through chemotherapy.

“When they hear a family going through something, it’s not about money, it’s just them (wanting to help),” she said.

The whole experience brought the already close family even closer.

“I don’t know where we would be today but we’re glad (with) where we are right now,” Hairston said. “I wouldn’t trade places with anybody. We’re living a good life.”

While Jayden had to deal with everything cancer throws at people at such a young age, he used the experience to grow and come out of his shell, Hairston said.

“Now I think he … wants to have fun. He wants to be out there,” she said. “Cancer made him a little bit more (of a) daredevil.”