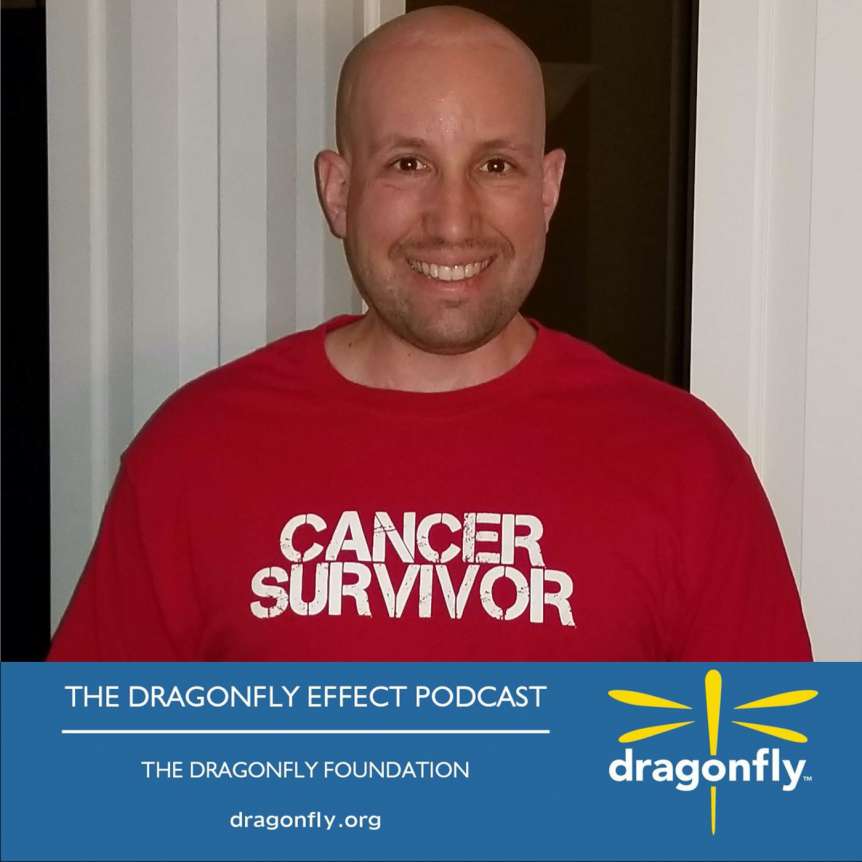 Rick, age 32, is a 5-time survivor and a Dragonfly. Since age 8, Rick has diagnosed with medulloblastoma, a form of brain cancer. He endured numerous surgeries and aggressive chemotherapy and radiation treatments (including cranial and spinal radiation). Numerous side effects compromised his immune system and resulted in other medical concerns, including bacterial meningitis and shingles. He conquered his original cancer, but was diagnosed with colon cancer and Barrett Syndrome (a precursor to esophageal cancer) in college. More surgeries and more treatments were in store.

After graduating from Wright State University in the fall of 2011 with a bachelor’s degree in Mass Communications and a Minor in History, doctors discovered his colon cancer came back; it was Stage 3. Additional surgeries, hospitalizations, and complications resulted in more trips from Cincinnati Children’s Hospital Medical Center to Cleveland Clinic. Genetic tests identified Lynch Syndrome, an inherited disorder that increases the risk of many types of cancer, particularly cancers of the colon (large intestine) and rectum, which are collectively referred to as colorectal cancer. He has to be screened every 3-4 months. A mass on his adrenal gland required an additional surgery.

In 2010, after Cincinnati Children’s Hospital discovered the second round of colon cancer, he found The Dragonfly Foundation. In 2012, he came to the realization that no matter what he did the cancer was likely to come back… and, unfortunately, it did… In 2013, a brain MRI found a tumor growing in his sinus cavity impacting the frontal lobe of his brain. Following the brain surgery, he developed a blood clot in right calf. He has also had skin and lip cancer, several times.

Despite these challenges, Rick’s has continued to “keep taking baby steps at a time.” He encourages people to live life each and every day the best they can. Realizing you have no control of life going forward is also important, as is finding something that you are passionate about. He realized that in having the courage and determination to beat cancer, he also has the courage and determination to create and take advantage of opportunities in his life.

The more you focus on the present and what you enjoy doing, the less you have to worry about. He shares that because there may not be any sign of cancer, there are still appointments, fear, and concerns. Life remains a challenge for families.

He has been fortunate to have support from his parents and Godparents. They have all been a huge source of support. The positivity and support (time in the room, video games, activities, communication and love) he received from them really distracted him during his tough times.

Rick and his parents enjoy being part of our Dragonfly family. He appreciates the role Dragonfly plays in helping connect patients, siblings/offspring and parents/caregivers to each other and to the community. He is grateful for the distractions Dragonfly provides, especially in times of crisis. He has benefited from attending Dragonfly events, such as Reds games in CBTS‘ Pilot House, Dragonfly’s holiday party, a Dragonfly softball game (organized by the Clark family in honor of their daughter, Jenna) and other activities.

Rick is a huge fan of the Cincinnati Reds and Marty Brennaman, Dragonfly’s board member/spokesman and Broadcasting Hall of Fame and Reds on Radio announcer.

Recently, Rick, along with countless other fans, watched the Reds celebrate Marty’s retirement. The Reds involved several dragonfly families in the celebration — and Rick loved watching every second of it.

He encourages individuals and organizations to support Dragonfly by donating, providing tickets and suites and by being a part of Dragonfly’s supportive community.

Note: Suites, with their limited access and private restroom facilities, enable those with compromised immune systems, sensitivities (sounds, crowds, etc.) to attend events. To donate tickets/suites to give to patients/families, please contact The Dragonfly Foundation.

Dragonfly is grateful to iHeart Radio host, Scott Sloan, for recording the introduction/closing of the podcast. The executive producer of Dragonfly’s podcast is Joe Strecker.

The Dragonfly Foundation(R), a 501c3 nonprofit, helps pediatric cancer patients and their families find strength, courage, and joy. We do this by providing ongoing support, relevant materials, and caring, nurturing and transformative experiences.

To donate and to learn more about Dragonfly, please visit Dragonfly.org or text WINGS to 71777.

Please share this and other episodes of “The Dragonfly Effect” podcast.

Check out this week’s episode of The Dragonfly Effect Podcast!