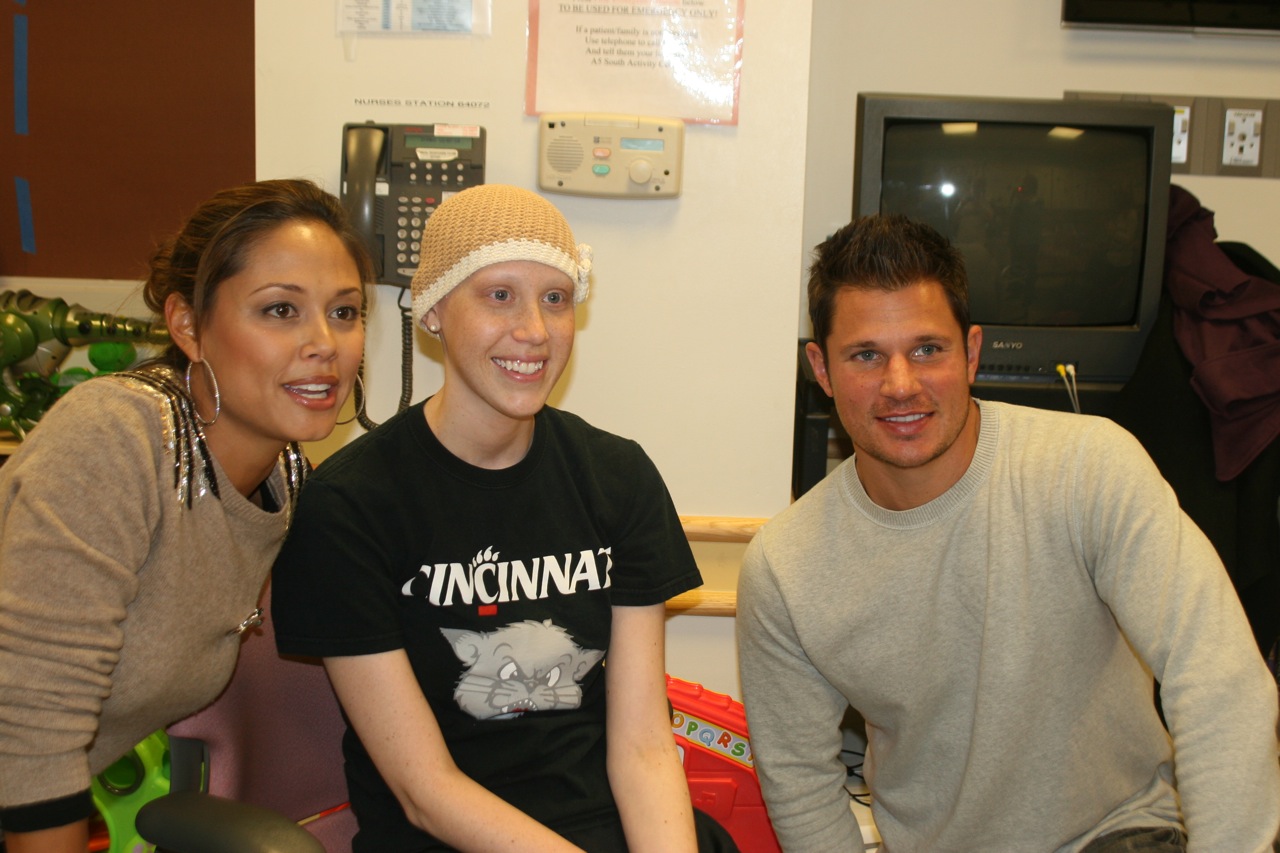 As horrific as treatment is for kids, it is also just as bad for young adults and adults. Beyond the physical challenges they must endure, there is isolation,  loss, and the devastation of knowing they are missing out on everything. Before age 30, they probably have not met the love of their life, built a nest egg to fall back on in an emergency, built a nest egg, or had the time of their life…

Here’s the story of one of our young adults who experienced not only the trauma of treatment, but the sadness of knowing she might not ever realize her dreams. Thankfully, there is good outcome!

Reprinted with permission. Her initial is used to protect her privacy.

My name is S. I was born in the small town of Coldwater, Ohio on a bitter cold day in January of 1988. I like to think of myself as an “80’s kid”, although I think I missed the greatest parts of that decade! I grew up watching my mom work her heart out to earn a college degree as my dad stood firmly by her side, cheering her on the whole way. She had dreams of becoming a nurse…and so did I.

In September of 2006, my mom and I packed up my whole life, which at the time was a closet full of Coldwater Cavalier sports apparel, a journal, a brand new laptop that I purchased with every penny of my graduation money, and a dream of becoming a nurse like my mom. I crammed all my belongings into a section of the four-person room I was sharing with complete strangers in Daniels Hall, kissed my mom goodbye, and embarked on a four year journey that would prove to be the most thrilling, exciting, stressful, triumphant, and beautifully free years of my life!

This brings us to June of 2010. I could smell graduation. I had been working as a student nurse co-op at Cincinnati Children’s in the hematology/oncology department and already knew how much I was going to love nursing. I found so much joy in my career. The hours were long and the work exhausting, but I absolutely from the bottom of my heart loved it! I had recently accepted a job in the Neonatal Intensive Care Unit and Children’s and was looking forward to a new journey. There was only one thing holding me back: this pesky pain in my knee that would not go away…it was actually only getting worse.

Following a summer of studying for boards, I finally got the news I had been waiting for: I had passed my NCLEX examination…I was officially SW, RN, BSN! I had achieved it. I was finally going to be real life nurse. I had always dreamed of this day and couldn’t imagine being anything else. Nursing had become a part of my being…it was woven into who I was.

The news that came the following week was something I wasn’t prepared for. I was going home for the weekend to celebrate with family and friends but had a quick stop at the doctor before I made the long drive. I had been trying, without success, for the past 9 months to figure out what the pain in my knee was. It had progressed from a minor ache to a softball-sized knot on my left knee that left me unable to walk. As I sat in the waiting room, waiting to be seen, I couldn’t help but smile at the office nurse…I was going to be “her” in just a few weeks! I went back for a set of x-rays before I was brought back to a small room in the back of the office. I waited a few minutes before a team of people, including Dr. Colosimo, walked in. I immediately tensed…there were too many people in the room for everything to be ok. It wasn’t. Dr. Colosimo delivered the words—“you have cancer”—and my world began to cave in around me. I felt the tears well up in my throat as I tried to muster up a response. What about my job? What about my dreams? Was I going to die? Just as my life was about to begin, I felt it pulled out from under me.

I was going to begin my nursing career as a patient. In fact, I was a patient on the very floor that I had done my training. I received my treatment on the hematology/oncology floor at Cincinnati Children’s—turn’s out you’re a kid until you’re 30! I endured 8 months of treatment for metastatic osteosarcoma (aka bone cancer in my femur) that included chemotherapy, 2 lung surgeries to remove metastatic tumors, and 1 tumor resection and limb salvage procedure where my femur and knee were replaced with a titanium contraption that looks like it came straight out of the Jetson’s TV cartoon!

When my journey with cancer started, I rarely found myself on the receiving end of good news. My odds of survival were less than 30%. I had been placed on a trial chemotherapy regimen that had shown success for patients with aggressive osteosarcoma…unfortunately my kidney’s decided to be allergic to the medication and they decided to shut down for a few weeks. This was followed by several long hospital stays due to infections and my body’s inability to clear the chemotherapy to safe levels for discharge. I was pretty sure that I was going to die. Some days, I had a hard time pulling myself out of bed or giving my parents the smile they desperately needed.

I remember the day a dragonfly landed in my life. I woke to a gift bag on my bedside table that was wrapped in blue and yellow.  My mom said a nice lady from the Dragonfly Foundation had dropped it off while I was sleeping. I remembered the nurses talking to me about Dragonfly and insisting that I fill out a form to become part of the foundation. Their sole mission was to bring comfort and joy the kids with cancer. I had jotted down a few of my favorite singers, hobbies, shopping places and foods and turned it back in as asked. When I opened the bag, I found an art kit, journal and pack of pens. I cried. Not particularly because of the gift, but rather what the gift represented. I had opened hope. I had opened love. I had opened a moment in time, where even for a few glorious seconds, I forgot I was a big kid with cancer. I was just S, opening a present that a friend had dropped off. I found joy that day…something that is rare in the life of a person living with cancer. Yes, I felt grateful every day to just wake up—I thanked God every morning—but to find a moment of pure cancer-isn’t-part-of-this-thought joy? That was a true miracle. I found my light that day…that’s the day I became a Dragonfly.

Update: S graduated UC in 2010 and is realizing her dreams. She also found the love of her life and got married in 2014. She and her family continue to love being Dragonflies!