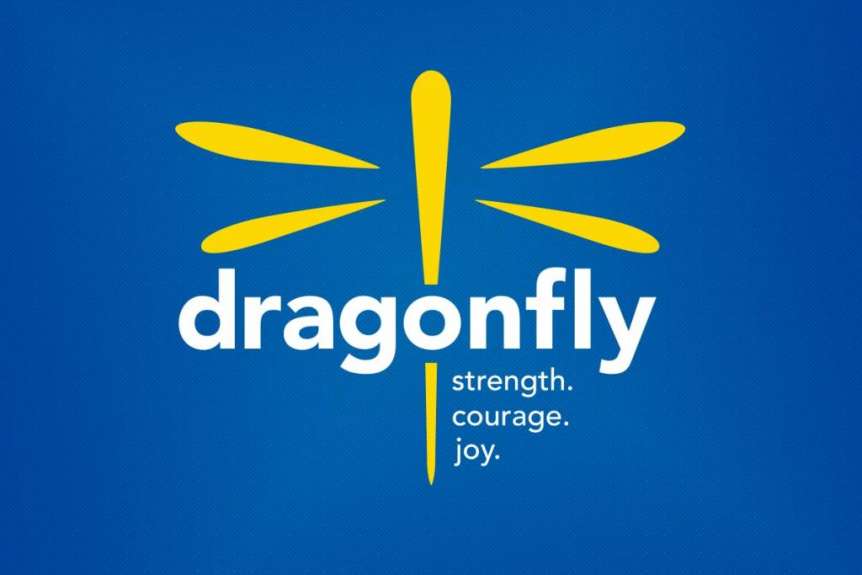 Kelly and Chris Lambert had been waiting eagerly for Kelly’s 20-week ultrasound. They were excited to learn the sex of their baby, but what they didn’t anticipate was that the scan would reveal information of a far more serious nature.

The celebratory atmosphere in the doctor’s office that day quickly vanished as the ultrasound tech spoke with the Lamberts’ doctor in a lowered voice. Chris couldn’t make out what they were saying, but he didn’t need to. The concern etched on their faces said it all.

A 3-D ultrasound at 27 weeks would confirm what Kelly and Chris feared: Their baby had Down’s syndrome and duodenal atresia, a serious condition that obstructs a newborn’s intestines.

At just seven days old, their baby, who they named Hudson, underwent corrective surgery, and soon after, NICU doctors noticed Hudson had a ventricular septum defect — commonly known as a hole in the heart — that would need to be corrected by the time Hudson was eight months old.

After 23 days, Hudson was released from the hospital. Kelly and Chris were grateful to be surrounded by a circle of supportive friends and family, a community that would make all the difference in the months to follow. As they adjusted to life as parents of a child with serious medical needs, the Lamberts remained hopeful about Hudson’s future.

“People’s reactions surprised me most,” Chris remembers. “When we would talk about what we were dealing with, sometimes people would say ‘I’m so sorry about Hudson.’ We wanted to say ‘Don’t be sorry. We have a beautiful baby who is going to be fine. He is a joy to our lives.’ I have a friend with a 7-year-old child with Down’s syndrome. He was one of the only people to say, ‘Congratulations!’ and respond positively after Hudson was born.”

Overcoming one hurdle and facing another

At seven months, Hudson underwent successful heart surgery. While Hudson was recovering in the NICU, Chris remembers the perspective he gained from being surrounded by families facing chronic illnesses who were battling life-and-death issues. It was a personal turning point for him.

“We knew Hudson had issues, but at the same time, we knew he would be getting out of the NICU in a few weeks,” he says. “We were surrounded by kids who were chronically ill and who had been in the hospital for six months or a year, kids who weren’t leaving anytime soon. We quickly realized we were the lucky ones. We were fortunate. That’s a feeling that has never left me.”

Soon after Hudson’s surgery, the medical bills began to arrive. Cincinnati Hospital Charitable Care Fund reached out to help the Lamberts navigate insurance coverage. Through that contact, the Lamberts learned Hudson would qualify for special insurance through the Bureau of Children’s Medical Handicap. The BCMH would cover many things that typical insurance wouldn’t, and offset some of the significant out-of-pocket expenses.

Shortly after, a mutual friend introduced Chris to Chris Lah. The friends connected over a mutual love for music and began jamming together.

“As we got to know each other, I told him our story of how grateful we were for the Charitable Care Fund reaching out and helping us,” Chris says. “It was only then that I learned (Lah) was the founder of the fund. We started talking about what else we could do to raise funds to help give back to people in need who might be at risk of slipping through the cracks.”

With that, Hear the Hope was born. Today, the three-person organization helps make dreams come true through music — raising funds for medical expenses in the process. Each month, the group releases a new song that’s available for download in exchange for a donation of any amount, and proceeds benefit the Charitable Care Fund. Those funds are then administered to help families cover unexpected medical expenses.

Chris sees the Charitable Care Fund as an advocate to empower patients. Since it was founded eight years ago, the fund has raised over $2 million to help support patient medical expenses.

Hear the Hope released its first song in January. A hand surgeon from Cincinnati Children’s Hospital had heard about the organization and wanted to record a song to raise funds, but he hadn’t played drums in 20 years. He recalled a former patient who was a drummer. The two reconnected, and in a full-circle moment, partnered to craft a song for charity.

In February, Hear the Hope offered a group of six local children with special needs an opportunity to help record the song. The children played a simple beat on djembe hand drums and then Chris constructed a song around the beat. Funds raised will support families facing substantial medical costs — often even families with insurance whose bills have mounted due to high deductibles or coverage gaps.

The friends started Dragonfly in 2010, and since then, the foundation has partnered with Cincinnati Children’s and the Ronald McDonald House to enhance patient experience for thousands of cancer and bone marrow transplant patients and their families.

“Dragonfly empowers patients to have more ownership and power over their medical journey,” Davidson explains. “We offer several programs that enhance the quality of life of young cancer patients and their families. Our I Am Still Me® program helps provide patients with a greater sense of self and community during treatment. We hope it encourages patients to stay strong during treatment and to know they are not alone.”

The friends started Dragonfly in 2010, and since then, the foundation has partnered with Cincinnati Children’s and the Ronald McDonald House to enhance patient experience for thousands of cancer and bone marrow transplant patients and their families.

“Dragonfly empowers patients to have more ownership and power over their medical journey,” Davidson explains. “We offer several programs that enhance the quality of life of young cancer patients and their families. Our I Am Still Me® program helps provide patients with a greater sense of self and community during treatment. We hope it encourages patients to stay strong during treatment and to know they are not alone.”

Dragonfly provided support for the Welage family during son Bodi’s battle with cancer.For Bryan and Jen Welage, the Dragonfly Foundation offered the community support they needed for their newborn son, Bodi, who at just eight weeks old was battling stage four neuroblastoma cancer. As Bodi began chemotherapy, the Dragonfly community became a lifeline for the Welages.

“When you’re going through these situations, the last thing you think of is to do anything with your family because you’re exhausted,” Bryan says. “But because Dragonfly is there week after week providing opportunities for amazing experiences with your family, you get a chance to be a normal family for a little while. Dragonfly brings hope to the hopeless by connecting people.”

Compassion and empowerment are new global trends in care

Both Dragonfly and Hear the Hope are organizations whose missions represent a national trend of empowering patients and helping them take control of their healthcare experience and process. Patients are accessing independent resources and tools, and are even tapping into independent nonprofits for support.

Meanwhile, large healthcare providers such as St. Elizabeth, UC Health, Cincinnati Children’s and Tri-Health (a community partnership between Bethesda and Good Samaritan hospitals), are offering patients broader options in the form of software and apps.

The online service MyChart is utilized by many Greater Cincinnati healthcare providers to help give patients ownership in managing their health. The program allows them to view their medical records, request information and even schedule appointments, all from the comfort of their computer.

Cincinnati-based engagement solutions firm PatientPoint gives patients the information they need to engage physicians in meaningful discussions about their individual needs through 3-D interactive technology, mobile app access and custom messaging options to meet the needs of patients and physicians all over Greater Cincinnati.

“At the end of the day, the shared goal is to help facilitate meaningful dialogue between patients and physicians,” says Mike Collette, CEO of PatientPoint. “Regardless of how that conversation takes place — whether it’s in the exam room, over the computer or via smartphone — when relationships are strengthened and care is improved, that’s a win for us.”