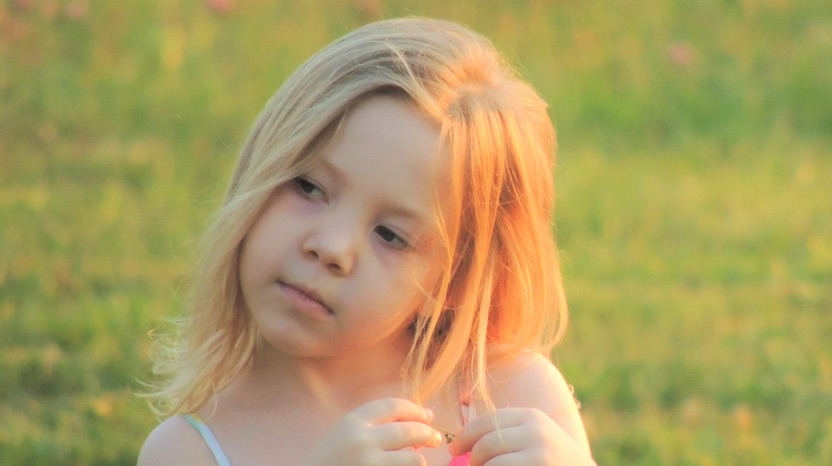 At 15 months, Katelyn was initially diagnosed with Transient erythroblastopenia of childhood (TEC) – a slow-developing anemia that occurs in early childhood and patients recover completely. During this time, Katelyn required blood transfusions every two to three weeks. After six months with no improvement, we moved Katelyn to Houston, where around three years old, Katelyn was diagnosed with Diamond Blackfan Anemia (DBA). With DBA, the bone marrow malfunctions and fails to make enough red blood cells. Doctors believe DBA is genetic, but unfortunately, doctors have not determined the underlying cause of Katelyn’s DBA. 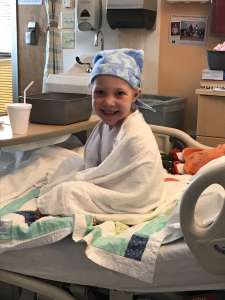 Because Katelyn required blood transfusions every three weeks or so, she struggled with iron overload in her liver. At four years old, we moved Katelyn to Cincinnati. Not long after arriving in Cincinnati, the best option for Katelyn was an unrelated donor bone marrow transplant. In April 2017, just before Katelyn’s fifth birthday, she started her transplant journey. Despite a few issues, Katelyn’s transplant was a great success. One of Katelyn’s first fun outings after transplant was to the Landing. The Landing was a great place for Katelyn to get to play and spend some time outside of the house. 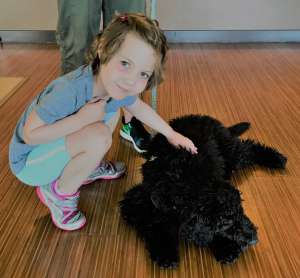 Today Katelyn is a happy, healthy seven-year-old girl. Throughout her journey, Katelyn has always enjoyed taking dance lessons and keeping up with all things Disney princess. Katelyn attends a local Montessori school that she loves and is happiest when she is hiking in the woods with her friends during their outdoor times. Her dream, which she has always said, is to be a doctor. One of her favorite Dragonfly events was attending a Beauty and the Beast ballet – it combined her love of Disney princesses with the love of dance! She also attended the Circle Tail Dog Day at the Landing, which was a blast for her getting to spend time with all the great dogs and their handlers. Katelyn loves and appreciates the special support provided to her as a Dragonfly.