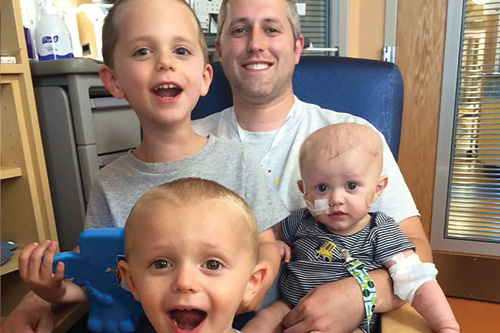 Frankie is our fun-loving, endless energy, sweet boy.  A mass was discovered two weeks prior to his birth on a fetal MRI.  When he was born on August 8, 2014, it was confirmed to be Neuroblastoma and the tumor was removed when he was ten days old.  A few months after surgery, the Neuroblastoma was present in his liver and he was monitored routinely, but not administered chemotherapy.  In February 2015, Frankie was having a difficult time breathing and swallowing and discovered a mass in his chest.  He was administered emergent chemotherapy.  One week after the first chemo treatment, he became very ill, and ultimately went into septic shock.  He was resuscitated and put on life-support, ECMO, for 5 days, then put on continuous dialysis.  He was unconscious for almost a month and at one point, we were prepared to “say goodbye’ as the ICU team were concerned with no signs of improvement.  However, he slowly got better, little by little, each day. 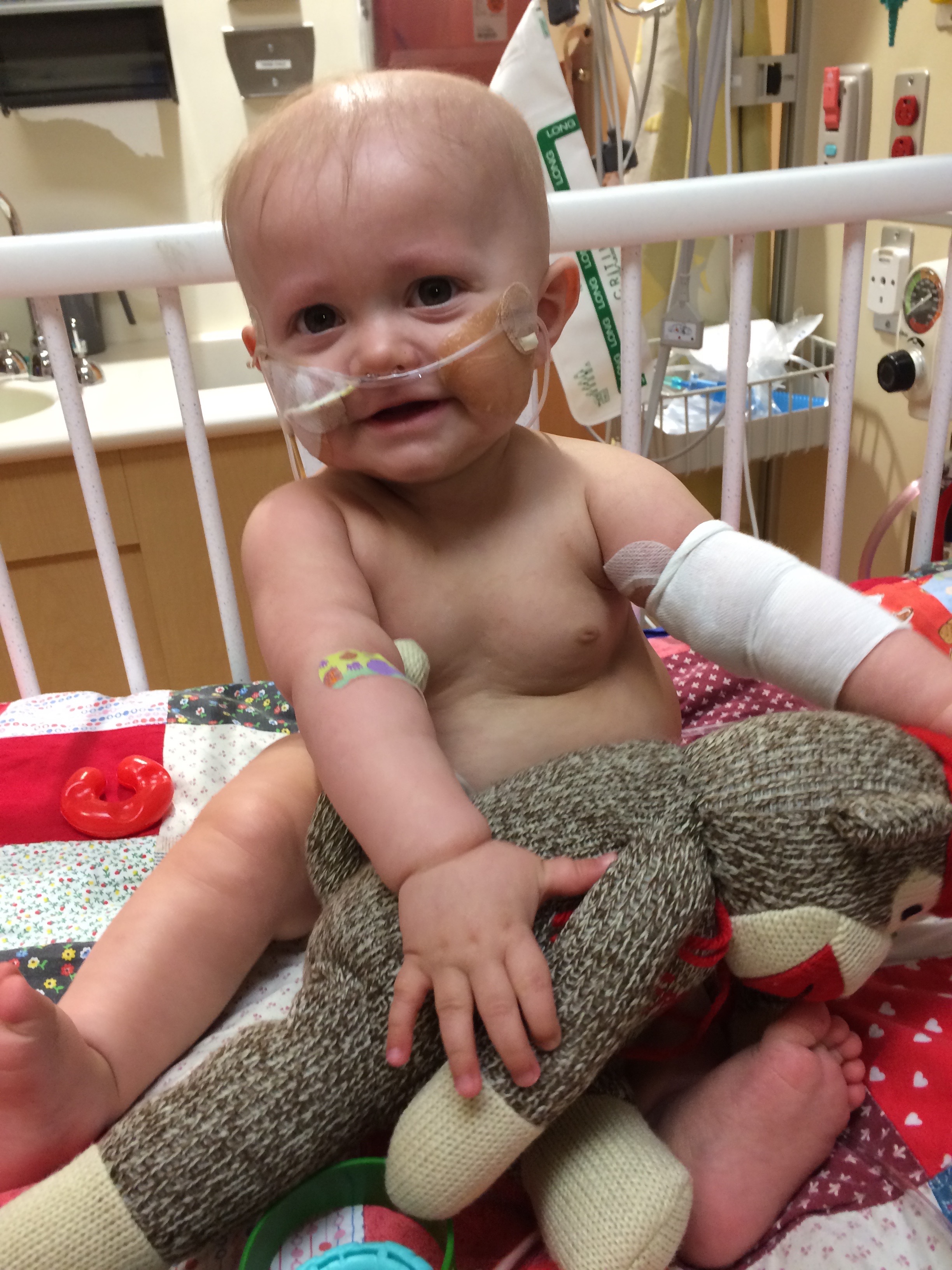 He was in the hospital for over 100 days, but eventually healthy enough to come home.  For the following 2 years, Frankie was tube-fed, on constant medications, and required oxygen and monitoring while sleeping.  While he has not shown any signs of cancer and his scans have been clear, he is constantly fighting the repercussions of being so ill and ongoing battles with scoliosis, paralyzed abdomen, and hearing loss.  But, little by little, he makes improvements each day.  Currently, he loves all things Mario!  Enjoys playing with his two older brothers, Patrick and Simon.  He also loves his best buddy, Hank (family dog).

Frankie has come so far in just 4 years but will continue to have an uphill battle.  He is surrounded by loving family and friends and that makes all the difference!  The Dragonfly Foundation has been supportive and helpful to our entire family.  Our favorite moment was touring the Cincinnati Reds Clubhouse and getting our pictures taken in the dugout.  Frankie and his brothers have such wonderful and memorable experiences through Dragonfly!