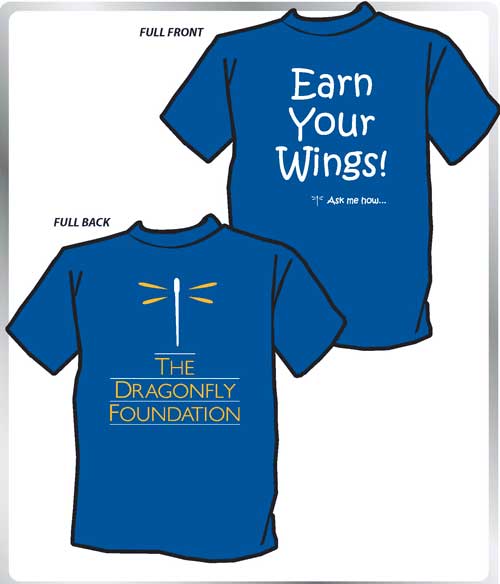 Our Dragonfly volunteers receive a special t-shirt that says “Earn Your Wings.” This special shirt is worn by very special people.

The following email was received from our volunteer, Debbie, who works in the Pilot House at the Great American Ball Park. In addition to seeing our families at Reds games, she also sees them at outside events. Apparently, she attracts them, too!

I want to thank you for my shirt, i will wear it with pride and to get the word out. I also wanted to tell you a couple nights ago i was putting out the cushions in pilot house and a dragonfly followed me around. Sunday, someone came up to me and said i had a bug on my back and could he get it off, of course i said yes. Later i asked what the bug was that was riding on my back and he said a dragonfly. Now, i have worked in the pilot house for five years and have never seen a dragonfly before, coincidence, i think not. Please share.