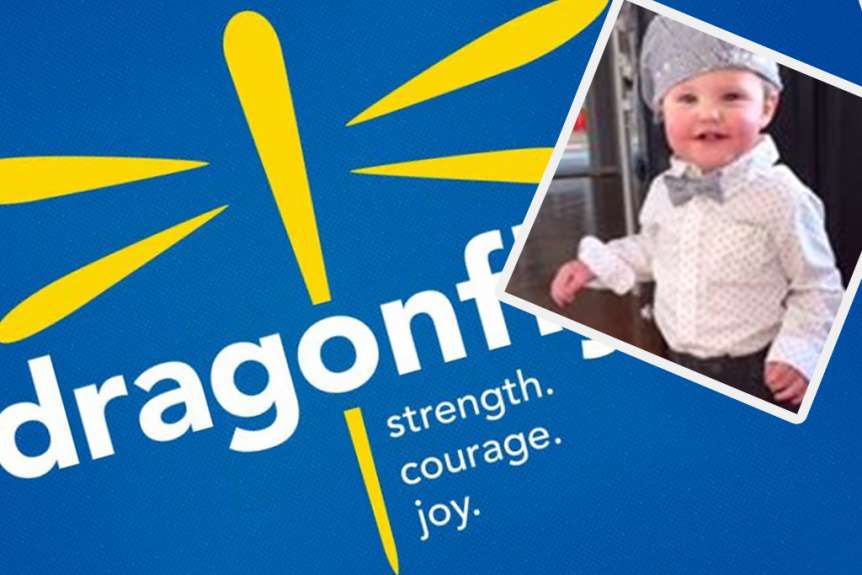 In the best of times, comments and judgements can be hurtful… Imagine being this Dragonfly mom… (Reprinted with permission; original post was made to our Private Dragonfly Family Facebook page.)

“I absolutely have to vent… I’m not looking for sympathy or judgment on the person, just need to get it off of my chest.

I was just in the 5 mile Kroger with (my son), minding our own business. (He) was chatting and making sounds and I was talking with him. We stopped to look at something and that’s when a lady started to chat with him. She asked him why his Mommy didn’t change him out of his p.j’s. I wanted to say mind your own business, but I just politely smiled. She then told him he was too old for a binky. And that’s when he decided that it was a good time to throw his binky. No big deal, and I just picked it up and put it in my bag.

She looked at him and said, “Ohh, I can see the devil in your eyes.”

Did I just hear her right? Did she just tell me my child has the devil in his eyes because he playfully tossed his binky?

I could feel the rage coming up. Her daughter quickly took her and they scooted away. I took a few deep breaths and as the words were spinning in my head like a tornado, I took off after her. I found her a few aisles down and I walked right up to her.

“I just need to tell you that that was the most rude, hateful, and ignorant thing anyone has EVER said to me. Forget that it was about a baby, you should be ashamed of yourself.”

“You just told me that my baby has the devil in his eyes. Who does that?”

She stood there with a completely stupid look on her face.

“He has just fought cancer and is a complete angel. You have no idea what people are going through. You should really think about what you say to people.”

The blood completely drained from her face and she let out a huge groan. I stormed off and completely broke down. I managed my way to the checkout where the two women who were helping me asked me what was wrong. I told them and they were completely shocked. They apologized a million times and got me tissues. They were so sweet and helped me out to my car. I could not stop shaking and crying.

Why do people feel the need to insert themselves and make nasty comments? Especially about a baby.

I was raised to be nice to others and keep my mouth shut if I didn’t have anything nice to say. This woman was so mean and nasty. She didn’t think twice about what she had said until I brought the word cancer up. That should not even matter.

You have no idea what people are dealing with in their lives. Why not smile and say how sweet someone’s child is or help someone out if you see him or her struggling?

In a world where we are living with terrorism, kidnappings, murder, bullying, etc., why not choose to uplift others?

This is the one time in my life where I got the courage up to say something. I wasn’t mean, but I wanted her to know what she did was NOT right. I made my point, and I hope it lingers in her mind what her impact on the world was today.”